The device’s main application is to support pedestrian access control systems in such places as: swimming pools, office buildings, workplaces or other installations of standard working conditions with CCTV systems.
It has a simplified locking system based on an electromagnetic actuator.
It is a cheaper but equally functional and failure-free alternative to the LK 515 designed for installations where there is no continuous threat of vandalism and at the same time there are at least minimal maintenance possibilities.
The simplified structure does not affect the throughput of the device, which has an in-built passage support drive mechanism. The function of blocked backward movement is also retained. Thus the device is especially recommended for high traffic public areas. The impulse which releases the blocking arm may be given by a short circuiting switch, an outside access control reader or a photo-barrier. The turnstile can also be set to work in a passage counter mode.
Turnstile LK 715 replaced the LK 713 model. The electromechanical equipment remained unchanged. The new model has the cover with large flat parts to facilitate the installation of access control devices. Secondly, it allows for the use of just one (instead of two) diode pictogram. The new model is also characterised by the supporting pillars of different enhanced profiles, with flat vertical parts. 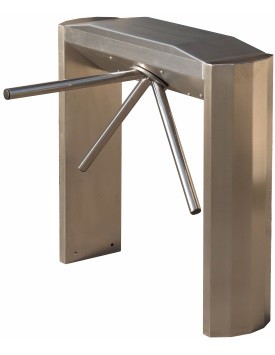 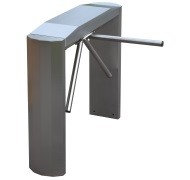 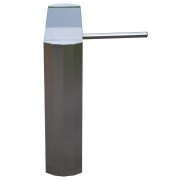 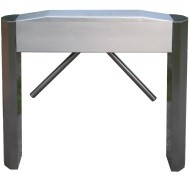 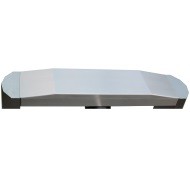 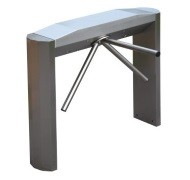 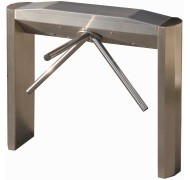 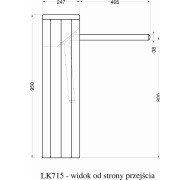 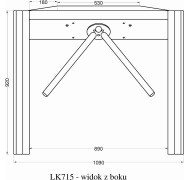 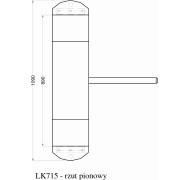 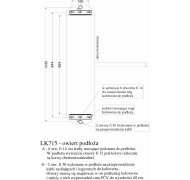 The blocking system is released by the impulse from the external device. After a person passes through, arms of the turnstile are immediately blocked and a signal confirming the passage is issued. You can set an unlimited opening time after the impulse, or set the time after which the device will close the passage if the arm does not move. It is also possible to keep the turnstile unblocked as long as the opening impulse lasts and to block it once the impulse disappears (unless a passage begins beforehand). You can also set the impulse series memory: the device will remember the number of impulses and release the block every remembered number of passages. In the passage counter mode the turnstile allows for passages in one or two selected directions.